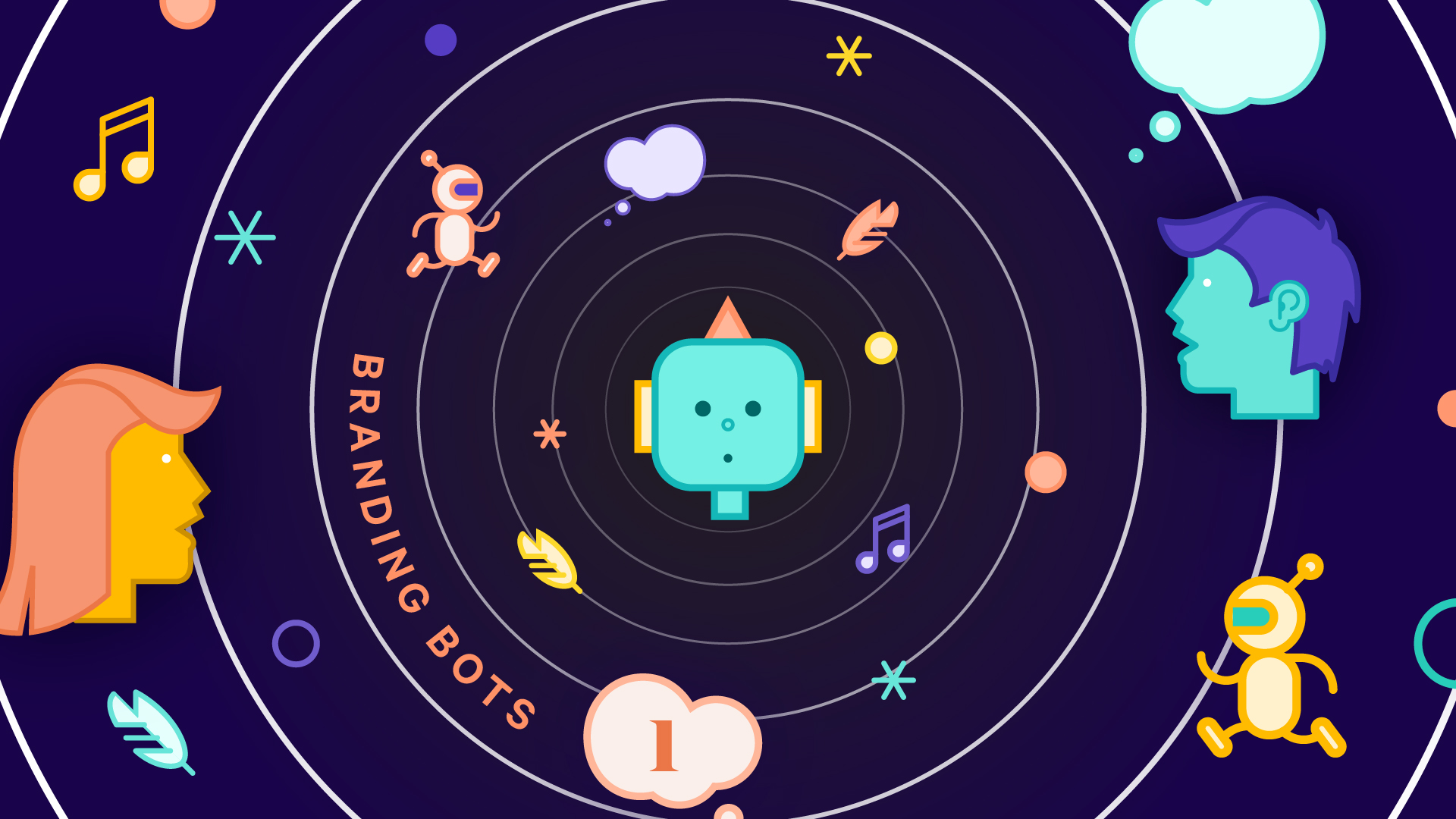 This post is part one of my series on branding bots. Throughout the series, I explore the most important conversational branding elements and how conversation designers and teams can apply those elements to their voice and chat apps.

Great brands connect with us emotionally and elicit feelings. They can make us laugh, think, take action, and so on. Brands are the set of qualities, attributes, values, benefits, clientele, and personality we associate with companies (and now individuals with the rise of the “personal brand”). Almost everyone can think of a brand they love or hate and intrinsically understand the emotional connection based on the traits they associate with it.

With the massive adoption of conversational technology by companies and consumers alike, branding bots must be a priority for teams building voice and chat experiences. Like any other product, a bot's branding should be clear, consistent, and align with any established brand guidelines. Creating a strong conversational brand is even more important if the bot is the company’s primary interface.

Branding happens whether it’s strategically planned or not; branding is reinforced every time and in every way a company communicates with its audience. A careful branding process backed by solid research and thoughtfully crafted brand elements produces a return for companies that’s far greater than the sum of its parts. Designing a bot is a great opportunity for you to establish, evaluate, or extend a brand system.

What are Voice & Tone?

Whether working with a well-established brand or building a brand from the ground up, you have a unique set of brand elements to consider when branding voice and chat apps.

Voice and tone are the cornerstones of a conversational brand. Since bots interact with users through voice and chat interaction, you must carefully consider the language the bot uses, how the bot’s voice evokes the defined brand qualities, and how the voice modulates its tone to adapt to the situation.

Voice is the quality of the words the bot uses and how those words reflect the brand. Clearly defined company mission, vision, and values provide a strong foundation for the voice.

Perform conversational branding exercises to explore the brand’s voice and document descriptions and examples to define it. It’s important for companies that have multiple bots to consider how voice will be applied in each bot to ensure consistency, appropriateness, and alignment with the brand. If the brand has an established voice, extend and apply it to the bot.

Tone is the way the voice changes in certain situations. The bot’s tone is an extension of its voice and shifts depending on the state of the user, conversation, and system. Tone helps conversations between bots and users seem more natural.

Clearleft’s language refresh is a great example of (re)building voice and tone. Mailchimp also has a fantastic content style guide that emphasizes voice and tone. Both brands provide clear explanations and solid examples to document their voice strategy.

Advancements in natural language understanding (NLU) allows for the sentiment of users’ language to be programmatically analyzed. Sentiment analysis returns a simple positivity score that provides some insight into the user’s emotional state during a conversational interaction. Improvements to this technology provide more nuanced insight into the emotional quality of users’ language. Tools like IBM Watson’s Tone Analyzer and platforms like Affectiva and Behavioral Signals can be used to understand the tone and language style of both the bot and its users.

As the user interacts with the bot, the state of the system—the underlying data or the API— changes. Communicating system state changes to the user is important. Modulate the bot's tone to elicit a positive emotional reaction from the user.

Delivery method should also affect the language the bot uses. Consider the conversational channel and whether the message is being delivered to the user through a chat platform like Facebook Messenger or a voice-based device like Amazon Alexa or Google Assistant.

There are other elements beyond language and word choice that affect the bot’s voice and tone such as emojis, GIFs, and sound effects. Consider the conversational channel (e.g. Facebook Messenger, Alexa, Google Assistant) where the bot will interact with users and which channel elements are appropriate to express the conversational brand.

Chat apps have affordances in addition to plain text to help convey voice and tone throughout a conversational interaction. Each conversational channel supports specific elements, but these are some of the most popular:

Because voice is the primary mode of interaction in voice-first apps, they support many elements to convey voice and tone such as:

Crafting a conversational experience that effectively uses voice and tone elements takes experimentation and iteration. It’s easier to create a framework for how the bot will employ these conversational branding elements once you have a feeling for how they all work together and affect the overall user experience.

Continue on to Branding Bots Part 2: Persona for Conversational Apps to explore another key element of crafting a conversational brand—the brand persona.