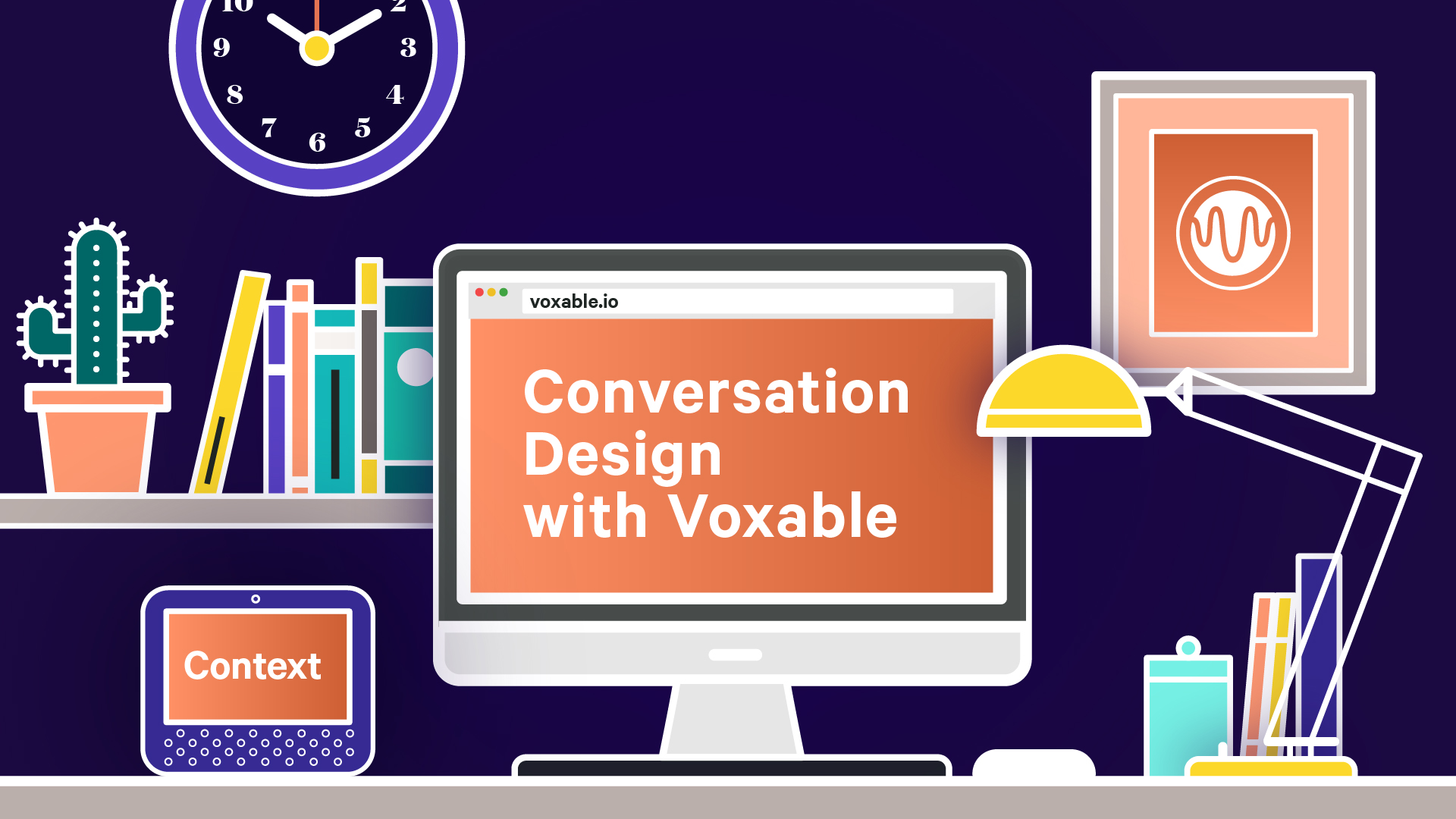 In our last product update post, we covered how Voxable’s preview mode creates a feedback loop and gives users the ability to immediately review their design changes. Now we’ll examine how Voxable users can add context to their designs.

We often write about the relationship between designers and developers and how important collaboration between disciplines is to building great conversational apps. Conversation designers’ focus should be on understanding users and exploring what’s possible to improve user experience. Conversation developers’ focus should be on understanding the complexity of conversation designs and implementing the best solutions. It’s essential designers have tools that support exploration and aren’t constrained by implementation.

The freedom and flexibility designers need during their process is why visual design tools like Figma, Sketch, and Adobe XD aren’t tied to a particular screen-based platform or framework. We built Voxable to exist independently from any implementation tool, conversational platform, or framework to ensure designers have freedom and flexibility when creating conversation designs.

Although conversation designers shouldn’t focus on implementation, they still have to manage complex contextual information and data. When two people converse, they create a shared understanding. This shared understanding not only includes the words they speak, but also any unspoken information such as the situation, their history, etc. Unspoken data points that drive the conversation are known as context. Context is just as important in a conversation between a human and a machine as it is in a conversation between two humans.

Voxable’s context feature is not tied to a specific platform API or framework which means designers can define the meaningful conversation points without having to know the correct way to reference the data in code. By decoupling conversation design exploration from development constraints, Voxable allows each discipline to apply their individual expertise to the problem which results in a better solution. As conversational technology and development practices rapidly evolve, Voxable ensures a future-proof approach to conversation design.