The Future of Voice is Design 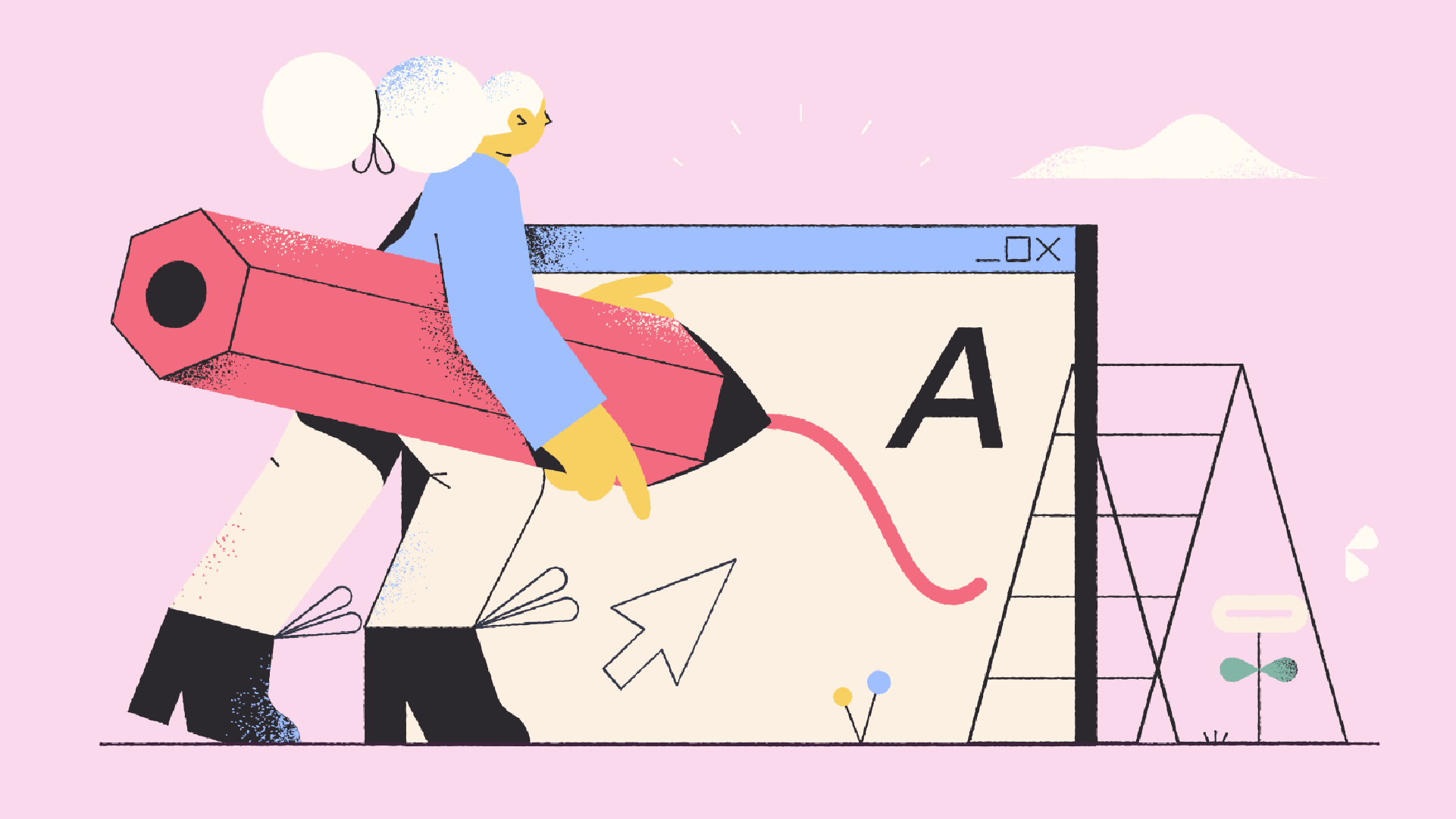 Last month, Voxable’s friends at SoundHound asked me to make a prediction about the voice industry for 2020. While I had many thoughts about how the industry could evolve in the upcoming year, I focused on the role of voice design and designers, which is fitting as I’m Voxable’s lead conversational designer. The SoundHound exercise inspired me to expound upon my outlook and why I believe the future of voice is design.

Even with massive adoption by consumers and intense investment in and acquisitions of voice technology by businesses, the industry is still grappling with a lack of monetization opportunities.

Voxable’s CTO and my partner explores this matter in greater depth in his blog post “Project Voice Convinced Me It’s Time for an Open Voice Web,” but I will summarize our perspective here. There is a lack of monetization opportunities for independent voice companies. As a boutique conversational interface agency that’s been in business for nearly five years, we can speak to this fact firsthand. Although smart speakers are the fastest adopted consumer technology in history, there are still no voice app millionaires—a fact that is particularly frustrating as at a similar point post release of the App Store for iOS there were many who managed to strike it rich during the initial mobile app gold rush.

This is due in large part to major voice platform creators, namely Amazon and Google, focusing on partnerships with other big, established brands to build first-party integrations rather than incentivizing independent developers to create useful, high-quality applications. Discovery has also been neglected for any application that isn’t a first-party integration into these major platforms. So far, the industry’s reliance on large platforms completely stifles the independent developer market. In contrast, Samsung’s voice platform Bixby—a recent entry into the market—is cultivating a more developer-centric ecosystem. I’m eager to see how Samsung’s approach may affect the competition.

The major voice platforms also create and maintain their own unique closed standards for voice technology. While having varying viewpoints about how technology should work typically lends itself to better industry-wide tools and outcomes, there appears to be a lack of investment and innovation happening on the platform-side to create a rich, mutually beneficial voice marketplace. Voice technology will advance much more quickly if big industry players incentivize the creation of better voice tools for those working in the space and higher quality voice apps for users. ‍

The key to uncovering the value of voice lies in design—more emphasis on the conversational design process and designers working in the voice space.

A voice user interface (VUI) poses a more complex design problem than a typical screen-based interaction because there are no visual cues for users. A VUI must react to users’ requests immediately and provide an appropriate amount of information—content that satisfies users’ objective or moves them closer to their goal. VUIs can’t rely on a screen to display a large amount of content for users to sort through.

The open-ended nature of a VUI means users can literally say whatever they want in a conversational interaction to accomplish their goals. Developers encode the computer that powers a VUI to listen, understand, process, and respond to the unique language of its users. But, that’s only part of the equation. To handle the entire conversational interaction loop elegantly requires design thinking that begins with research. It’s no longer an option for those creating software to just guess at what users might say, think, or feel.

In order for designers to appropriately apply research findings to a VUI design, they must have knowledge and understanding of the interface’s underlying technology. Access to this knowledge often presents a significant barrier for designers, UX professionals, and other product people as they attempt to enter the voice space. While many educational resources exist, they are often written for developers or oversimplified for a business audience. Designers need resources and tools that take their unique mental models and VUI design needs into consideration.

While developers often pioneer new technologies and create a massive amount of value from their technical innovation, voice technology requires collaboration between researchers, designers, and developers to dramatically advance the industry. Building an intuitive VUI requires strength in various skillsets across multiple disciplines, a quality that is rare to find in any one person.

Teams composed of developers must implement a user-centered voice design process to improve their VUI user experience. This necessitates that teams learn new skill sets or hire voice designers, likely to be former UX designers, writers, and product people who have invested in learning voice technology and design processes. Teams beginning a voice project can save numerous development cycles and their bottom line by investing in a solid voice research, design, and development process from the start.

There are numerous opportunities for teams to uncover valuable data and insights through lean research methods. Often what prevents teams from investing in research is a lack of understanding about various UX research methods and the return on investment UX research provides, a problem exacerbated by a lack of UX and design leadership in companies. As more organizations adopt voice technology and pursue voice initiatives, they will need to educate their current designers, or hire new designers, then create a collaborative environment where a user-centered voice design process can thrive.

Better tools and resources will be created to meet the needs of voice designers.

A few conversational design tools exist, but many don’t address the unique needs of voice designers. The tools on the market often focus on implementing as opposed to representing the logic of a VUI––the latter being vastly more important to a designer.

Implementation has largely been the developers’ role because their expertise lies in  understanding and innovating the technical aspects of an interface. The majority of VUI “design” tools currently available are visual programming tools, which aim to make voice development more accessible for less technical people. Even if teams rely on visual programming tools to create a VUI, they still need to perform research and engage in a design process to determine exactly what should be implemented. Design should never be overlooked even if VUI creation is made simpler and more accessible with implementation tools.

Even with visual programming tools, many companies must invest in custom conversational design and development to build voice applications. Rather than simplifying implementation, the industry needs VUI design tools built to help designers create and manage voice-specific content as well as represent the needs of both the users and the business.

Many companies already have access to intelligent and capable researchers, designers, and writers who possess strengths like a user-centered design process, strong language-oriented communication, and systems thinking. However, most of those individuals lack experience with technology like natural language understanding and are unfamiliar with VUI affordances. Bridging the internal education and skills gap should be the primary focus for organizations interested in leveraging voice technology. Many designers will independently seek out their own learning resources to acquire the proficiencies needed to enter a new market or interaction space like voice, but organizations should do more to support their efforts.

Voxable often delivers custom workshops for companies that want to educate their teams on voice strategy, design and development. We also recently launched an online course, Introduction to Conversational Design, in an effort to make the foundational conversational design knowledge a person or team needs more accessible.   ‍

This shift will create an influx of design-driven voice experiences that will provide more value for consumers and businesses alike.‍

It’s a given that as more researchers, designers, and writers enter the voice space, more valuable voice applications solving real problems for consumers and businesses will be created. Organizations currently have the opportunity to let their designers and developers explore how voice can serve existing customers or users better—they just need to invest in the proper talent or education opportunities. Also, as adoption of voice technology continues to grow, new businesses will form to create rich, voice-specific experiences to leverage some of the unique qualities afforded by voice interaction.

This is the future I see for voice, and I hope to be part of the movement toward more design-centric processes and practices.

The header illustration is by Ouch.pics.

Learn how to design for voice.
Get Started

5 Ways to Stay Connected, Informed, & Productive Outside of Tech Events

The Future of Voice is Design