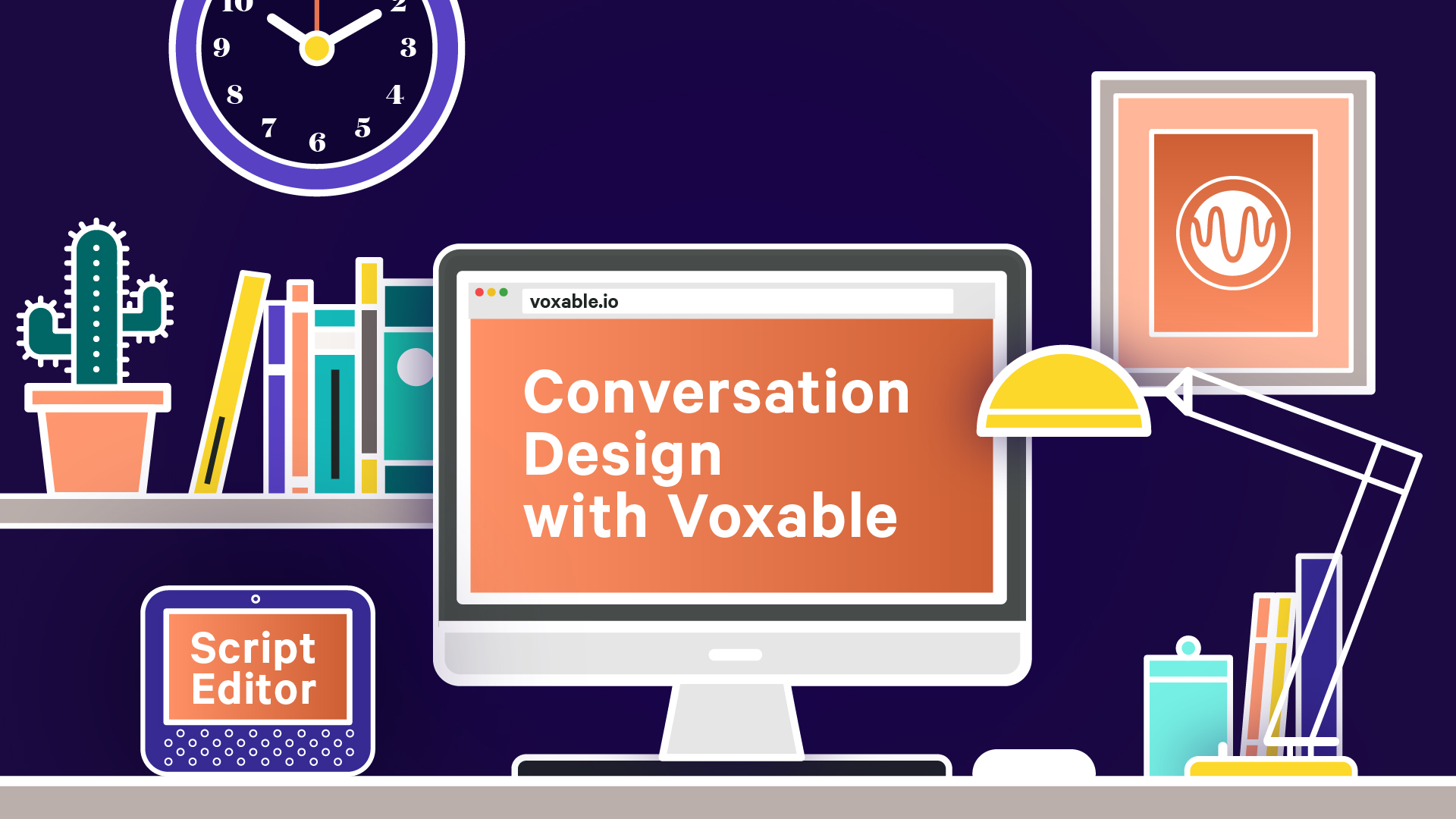 Voxable recently announced our pivot to product and included a brief overview of our conversation design platform’s features. The initial feature roadmap was informed by our agency work over the past five years and user research conducted with some of the top conversation designers in the industry. We plan to share more details about each feature as it's built. This post is all about Voxable’s script editor.

The process of composing, revising, managing, and sharing voice and chat content is currently cumbersome. Individuals and teams creating this content are typically writing scripts in word processors or spreadsheets then converting text-based interactions into diagrams with a visual design tool or hunting through implementation menus in a prototyping tool.

Voxable is making voice and chat content creation as easy as possible. Here are some of the principles behind the script editor:

The freedom to quickly express ideas and explore various options is an important part of the design process. Voxable’s script editor reduces friction for users when they’re creating conversational content. Voxable users can compose and edit scripts quickly without having to click through multiple screens or dialogues.

The smallest unit of conversation is a turn. A conversation turn is one party’s input to a conversational exchange. Voxable’s script editor automatically creates a new conversation turn with a key command. From the first line of the script (user utterance), Voxable users can add new turns to the conversation without lifting their hands from the keyboard.

While it’s common for conversation designers to start with a conversation’s “happy path,” or the quickest path to success, they also need to define other ways the conversation can progress. Voxable’s script editor allows users to document all of the different paths a conversation can take when it deviates from the happy path or when errors occur. Voxable users can add structure by creating branches in the script to map out the entire conversation.