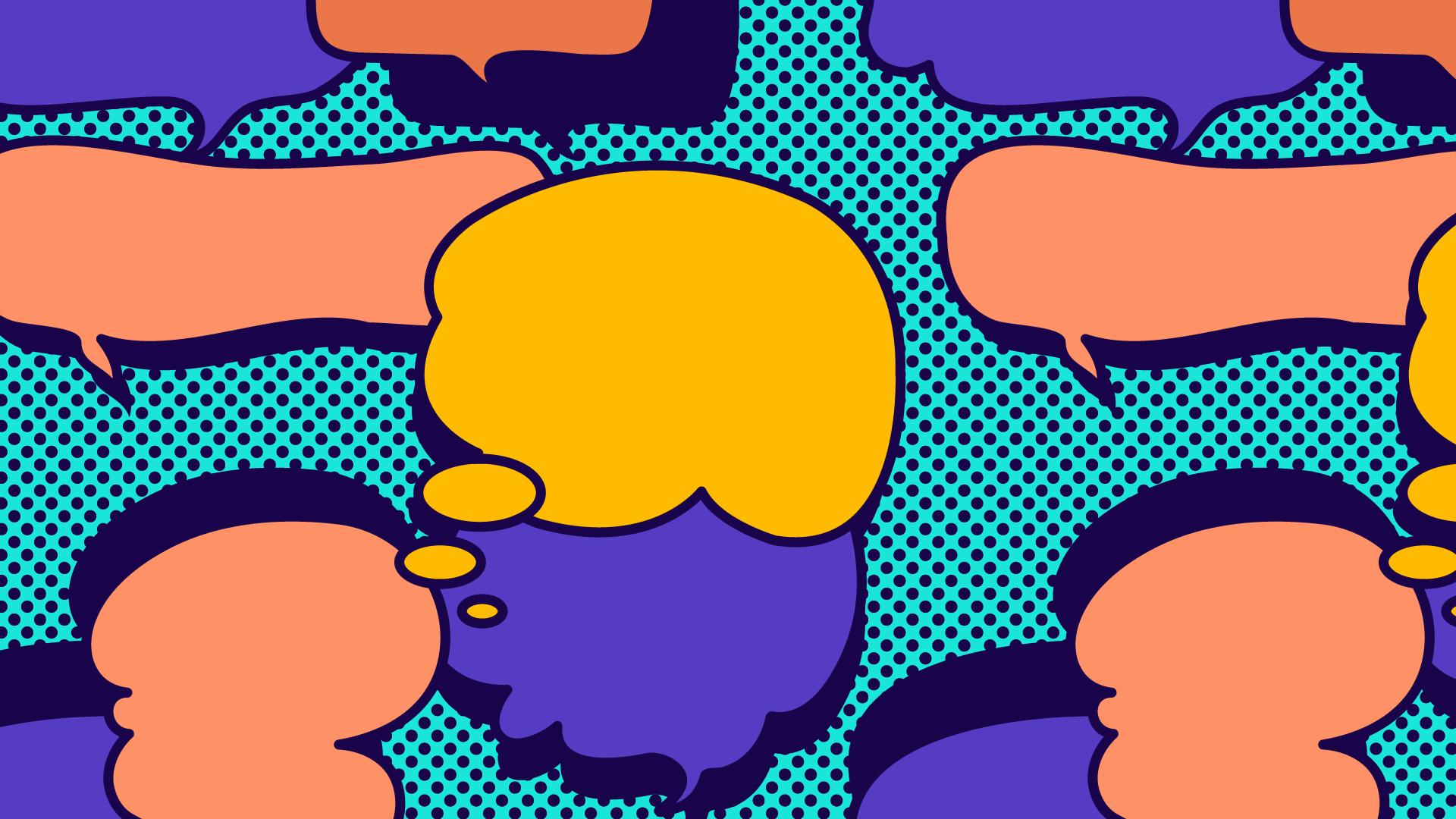 For millennia, humans talked to one another and told stories to exchange information. Spoken language was the primary means by which information was created, exchanged, and passed down through generations. Then writing and print came along and dramatically changed society by increasing the reach and persistence of information. The invention of electronic media and computers gave rise to our current information age and a new oral culture that exists alongside writing and print. Technology has made information exchange immediate, global, and forever archivable. And, in a way, these advancements in technology have brought us even closer to the oral culture we evolved from. We’ve entered a new era of information exchange in which we no longer need to write, type, tap, swipe, or read to access information. Instead, we can do what’s easiest and most natural for most of us—talk to our computers.

Linguist Walter Ong, who wrote Orality and Literacy: The Technologizing of the Word, explored the ideas of primary and secondary orality. Primary orality is a culture that lacks any knowledge of writing or print. Information is created and exchanged in real time via conversation and in storytelling and poetic performances.

Secondary orality is dependent on the existence of writing and literate culture. Writing and print democratized the exchange of information and allowed for sequential, abstract thinking. Modern interactive multimedia like television, radio, podcasts, and the web provide an oral-aural information exchange that embodies secondary orality. Today’s interfaces must satisfy the needs of both a primary and secondary oral culture.

This new orality has striking resemblances to the old in its participatory mystique, its fostering of a communal sense, its concentration on the present moment, and even its use of formulas. But it is essentially a more deliberate and self-conscious orality, based permanently on the use of writing and print, which are essential for the manufacture and operation of the equipment and for its use as well. — Walter Ong, Orality and Literacy: The Technologizing of the Word

Advancements in conversational artificial intelligence (AI) and natural language understanding (NLU) position voice interfaces to be the ultimate interface because they meet the needs of our new orality–a literate and technological culture’s natural extension of oral information exchange.

Conversation is the first “interface” we learn. Humans develop an inner monologue, a way to converse with ourselves, that dictates our actions and precedes our conversations with others. For most, conversing with ourselves and with others is the most natural way to interact. Conversational technology leverages the innate ease of such interactions to facilitate exchanges between humans and computers. Instead of having to hunt and click through screens, we can simply talk to our devices to accomplish goals.

Storytelling is one of the oldest and most powerful forms of expression available to us as humans.

Narrative is everywhere a major genre of verbal art, occurring all the way from primary oral cultures into high literacy and electronic information processing. In a sense narrative is paramount among all verbal art forms because of the way it underlies so many other art forms, often even the most abstract. Human knowledge comes out of time. Behind even the abstractions of science, there lies narrative of the observations on the basis of which the abstractions have been formulated. Students in a science laboratory have to ‘write up’ experiments, which is to say, they have to narrate what they did and what happened when they did it. From the narration, certain generalizations or abstract conclusions can be formulated. Behind proverbs and aphorisms and philosophical speculation and religious ritual lies the memory of human experience strung out in time and subject to narrative treatment. — Walter Ong, Orality and Literacy: The Technologizing of the Word

Similar to a human-to-human interaction, incorporating a story into the exchange between a human and computer can clarify information and make the experience more memorable.

The best conversational apps are designed with storytelling and narrative in mind.  Voice interfaces offer us a unique opportunity to tell stories in a new way, utilizing technology to tap into our rich oral history.

Voice interfaces rekindle the intimate connection with the information humans had in oral culture. When two people are conversing, their brain waves start to align. In a similar way, humans and computers can create a stronger connection in a conversational interaction than other forms of interaction. Voice interfaces can be designed to more effectively meet humans’ needs, but their success relies on how well designers understand their users.

By the turn of the century, the telephone industry surpassed the telegraph by every measure—number of messages, miles of wire, capital invested—and telephone usage was doubling every few years. There was no mystery about why: anyone could use a telephone. The only skills required were talking and listening: no writing, no codes, no keypads. Everyone responded to the sound of the human voice; it conveyed not just words but feeling. — James Gleick, The Information: A History, A Theory, A Flood

Perhaps the most beneficial aspect of conversational interfaces are their ability to simplify our lives. Modern technology and the internet have created an information deluge; humans must now rely on AI to help us manage it.

Those building conversational interfaces can leverage AI to improve the information exchange between humans and computers. Companies delivering AI as a service like Google, OpenAI, IBM, and Microsoft make AI more accessible and affordable for any business to use. As AI advances, so does the opportunity for computers to understand humans and what we’re trying to accomplish. Rather than learn new visual interfaces to find the information we need or complete tasks, we can simply talk to our computers and they can do the work to understand us. Conversational AI has the ability to simplify the complexity of business and everyday life.

As with all paradigm-shifting technology, we must recognize both the opportunities and the risks of conversational interfaces. It is essential designers, ethicists, and researchers, be at the forefront of this new information exchange to advocate for humanity. The qualities of conversation and the opportunities they provide can be used for good or evil. We must mindfully employ conversational AI to realize the benefits of this technology and, if we do, we can improve the world because conversation is the ultimate interface.