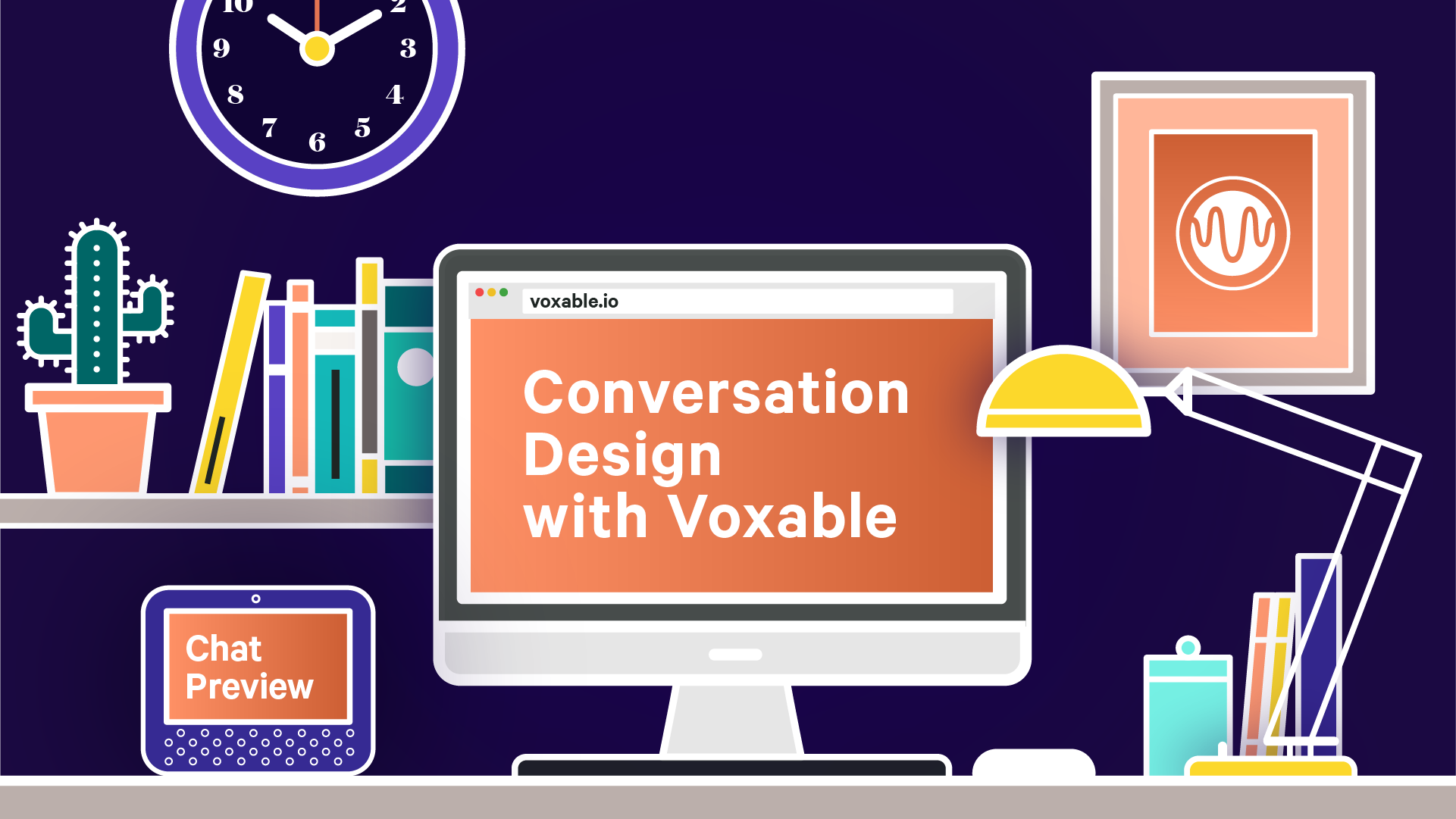 Our previous product post announced Voxable’s application programming interface (API), open-source command-line interface (CLI), and plugins that make it easier for designers to hand off designs to developers. Besides simplifying collaboration between conversation designers and developers, another feature highly requested by Voxable users who are chatbot designers is the ability to preview their designs.

We want Voxable to support design for all conversational AI experiences—voice, chat, and multimodal apps on any channel. We initially launched preview mode with voice preview functionality but sped up development on chat preview when we realized just how many of our users are working on chat solutions and need a way to close the feedback loop.

I cover the concept of a feedback loop and why it’s so important to Voxable in Conversation Design with Voxable: Preview Mode, but the idea originates from Brett Victor’s talk “Inventing on Principle.” Essentially, creators need the ability to make a change and immediately witness the effects of that change. Conversation designers must be able to hear or see what they’re doing as they do it to be most effective as creators. Voxable now closes that feedback loop for all of our users!

With Voxable’s chat preview, conversation designers can visualize how chat-based interactions will look to users or customers. When Voxable users start a project, they choose the appropriate channel for their project: Amazon Alexa, Google Assistant, Samsung Bixby, Custom Voice, or Chatbot. The preview mode for users who select “Chatbot” during their project creation is a chat preview. They can also change their project's channel after project creation by selecting the project settings icon in the header bar.

From that point on, all users need to do is select the preview script button and a chat preview appears to the right of the screen.

Our plan is to continue to expand Voxable’s preview mode functionality so users can experience the interaction natively on a smart speaker like Amazon Echo or Google Home Hub without needing a developer. Our long-term goal is to create a robust usability testing platform for users to run moderated and unmoderated Wizard-of-Oz tests. We look forward to continuing to find ways to support Voxable users’ processes and make it easier for teams to design better conversational AI experiences.